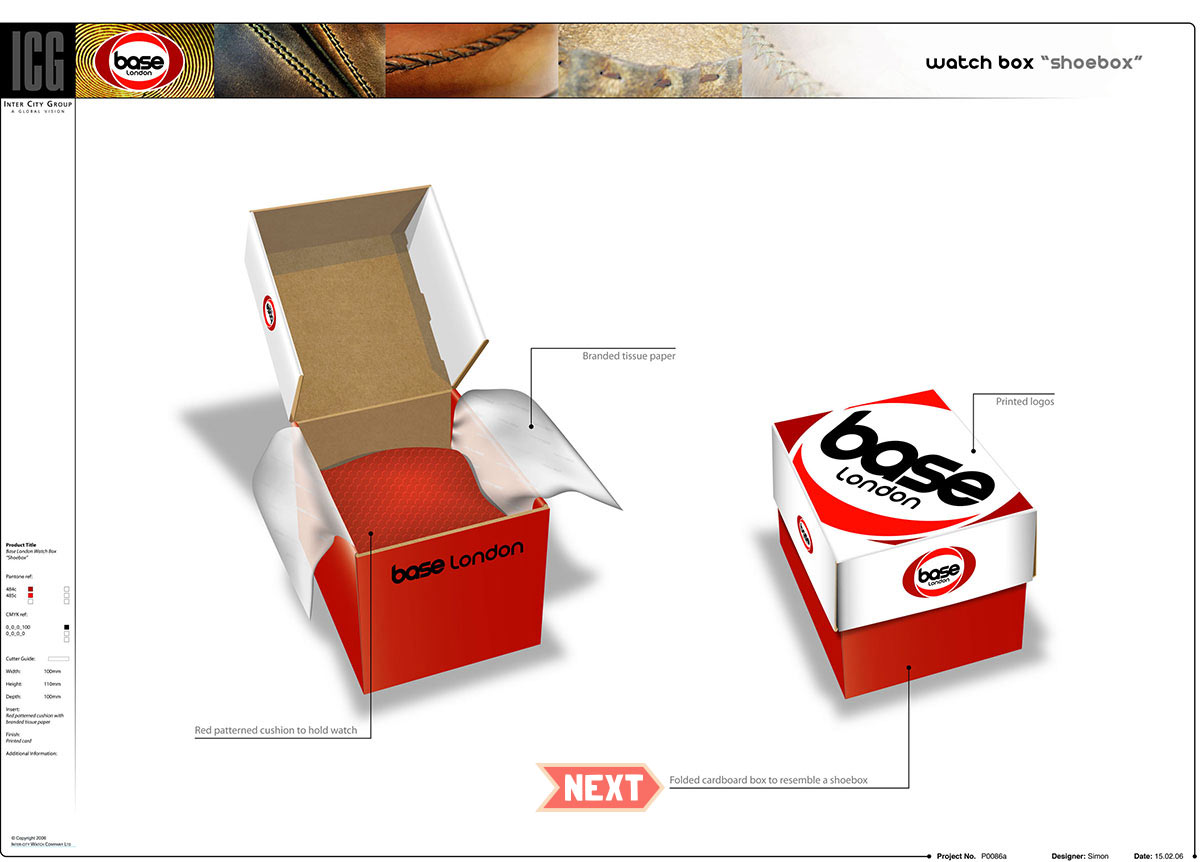 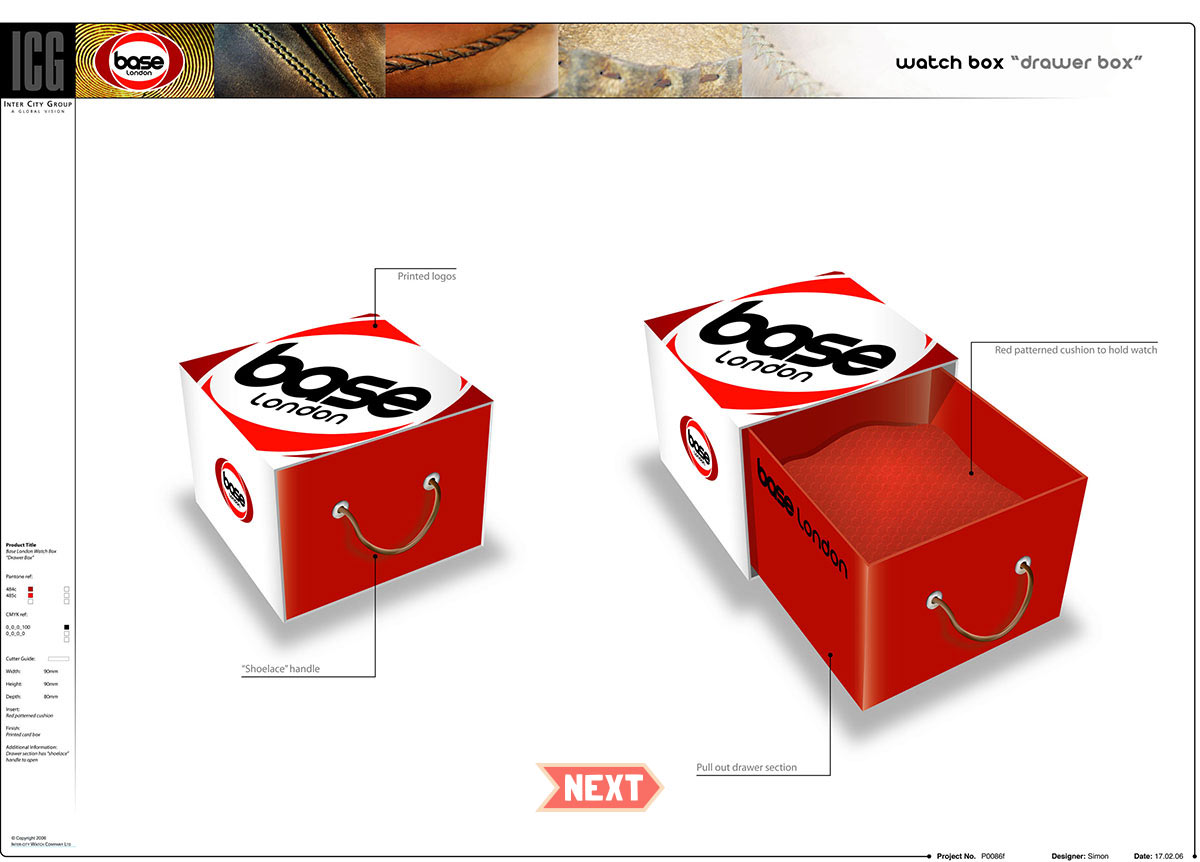 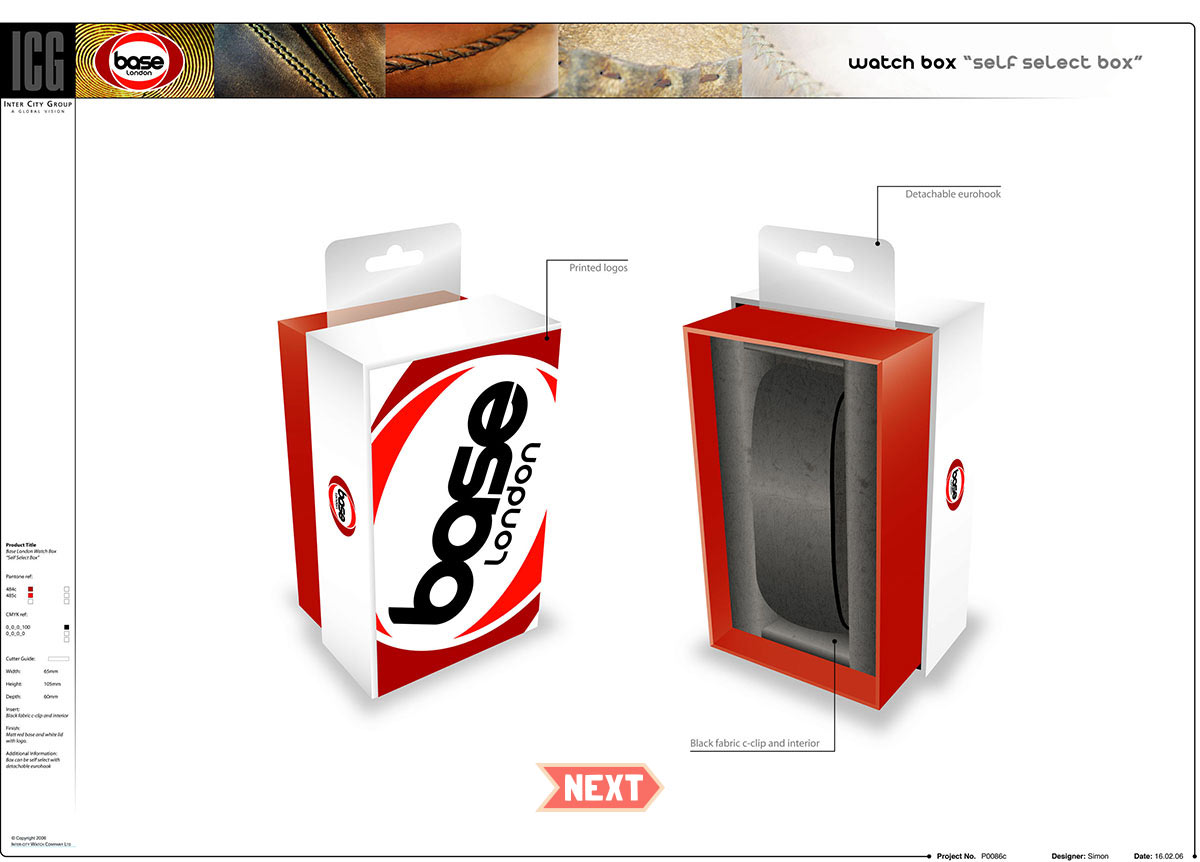 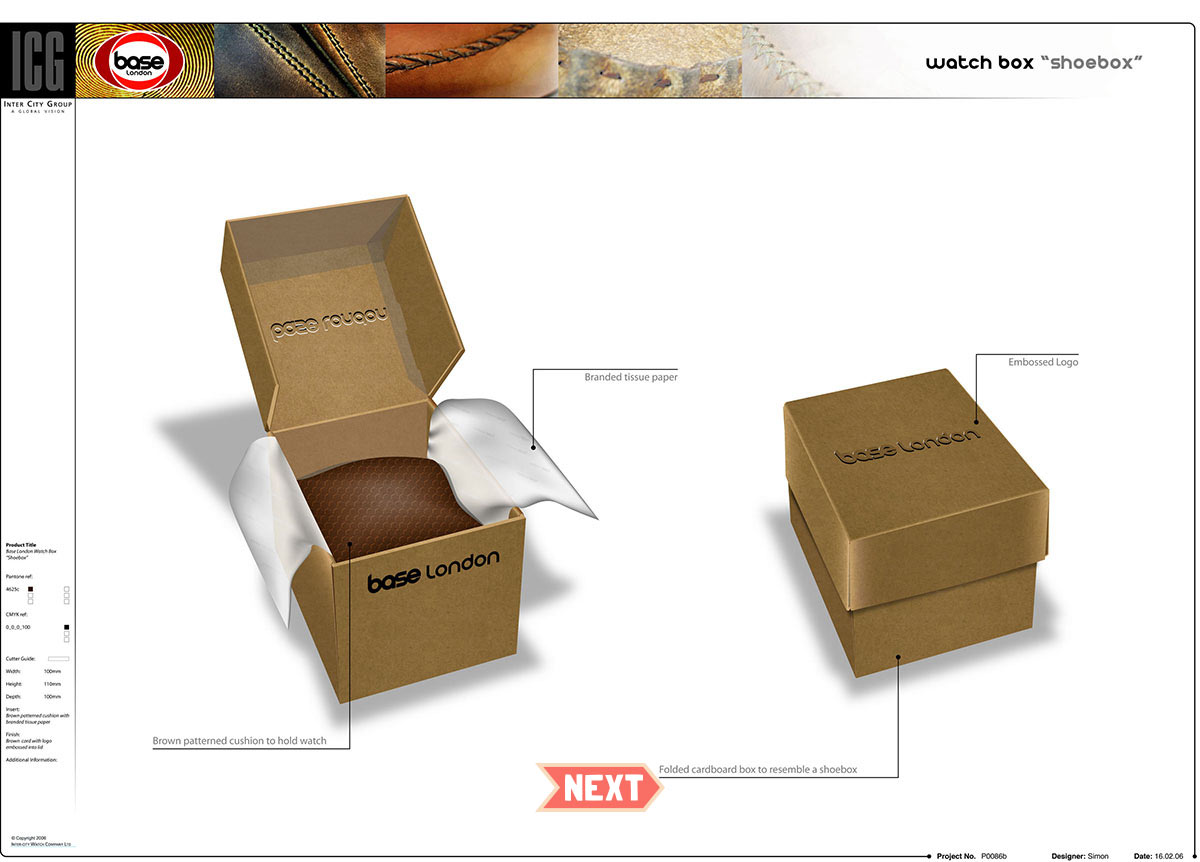 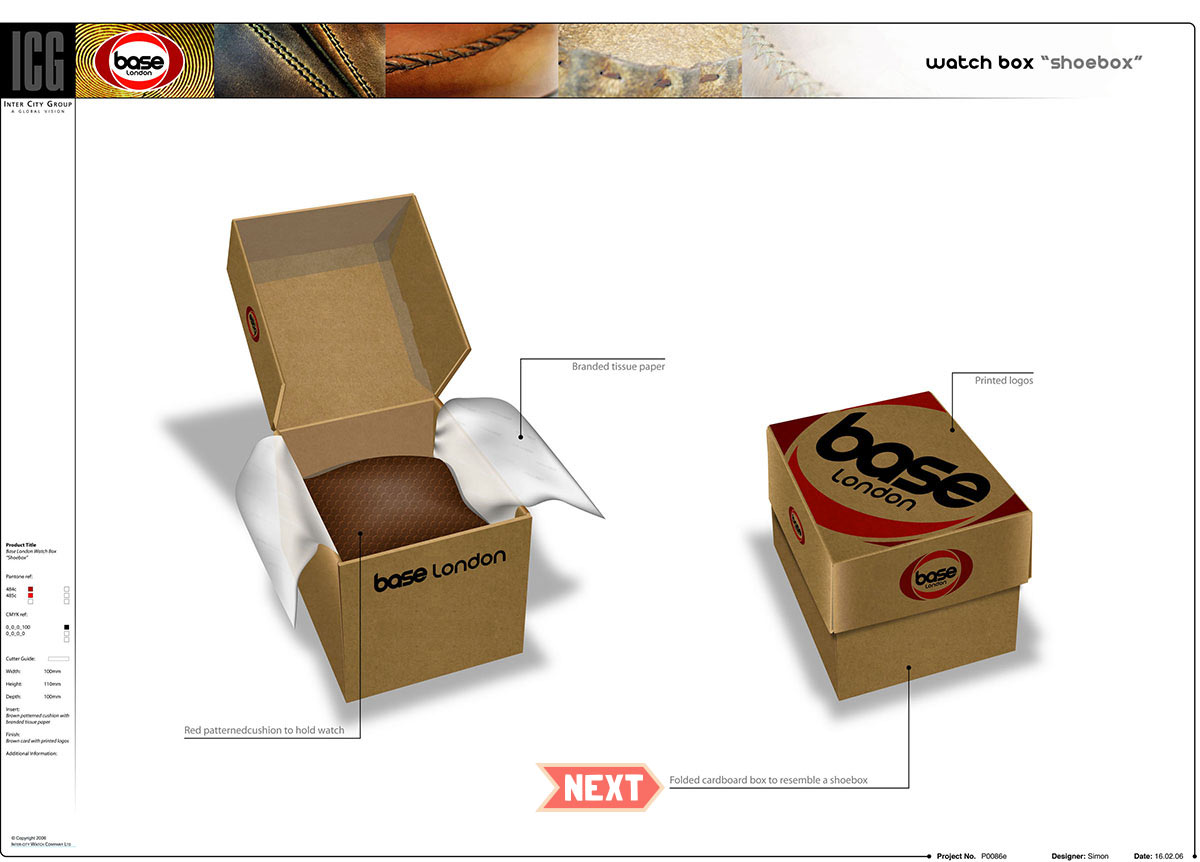 At Inter City Group I worked on several packaging projects. Base London, a shoe brand, had tasked the company with creating a range of watches to compliment their shoes. They required a watch box to go with the range. I suggested a watch box in the style of a typical shoe box (think brown cardboard box with tissue).

Working with the product developers we settled on the drawer style version but with the white and red branding. The box was created and used for the watches which were initially sold in Argos.